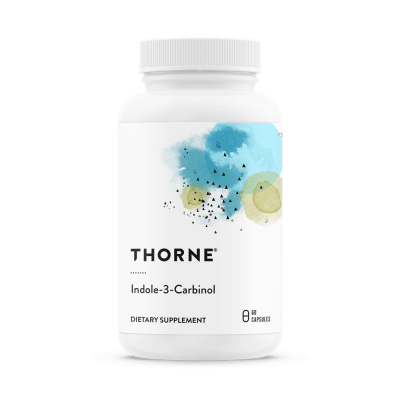 Indole-3-carbinol (I3C) is a compound found in high concentrations in vegetables of the Brassica family, including broccoli, cauliflower, Brussels sprouts, and cabbage.

As a dietary supplement, I3C provides key nutritional support for liver detoxification.* It also plays an important role in supporting female reproductive health.* The majority of ingested I3C is absorbed in the small intestine as diindolylmethane (DIM), which is thought to be the primary contributor to I3C's beneficial properties. DIM has been shown to selectively bind to estrogen receptors and may act as an estrogen antagonist at physiological concentration.*

Preliminary studies have examined the efficacy, safety, and optimal supplementation of I3C. A 12-week phase I trial conducted on 17 women found a 66-percent increase in urinary 2:16-hydroxyestrone ratio with administration of 400 mg I3C daily.*